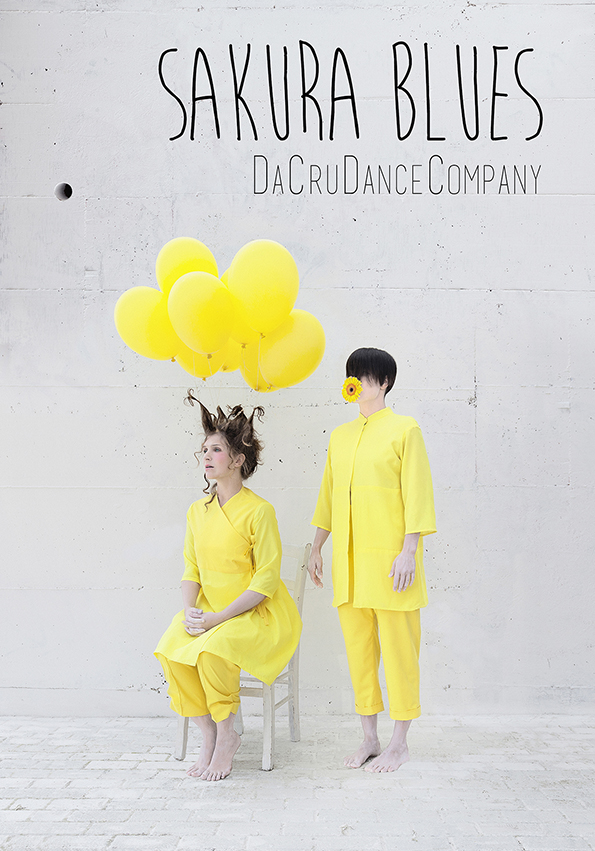 With the support of Naturalis Labor Company.

Sakura Blues is the third and last show of a trilogy, born as an affectionate tribute to Japanese culture. An artistic being in love with the enchanted world of cinema and animation which, through Kurosawa and Miyazaki, enters the eyes and the senses of those who watch; with contemporary literature that Murakami, visionary and poetic, hands out as a journey; with the great, quietly coexisting contradictions of the avant-garde metropolitan moods and the minimalist, astonishing traditions.
With an innovative artistic language, thought and experienced as an anime, the new production by Da Cru is an affectionate, painful, ironic wander taken in the most secret soul of women, who are perfumed and soft just as snowflakes.

…A letter…
It was raining on the first of June 1976.
Sakura Blues writes a letter to herself, the diary of a single day, the prediction of a life which will become a memory. A nostalgia.
On a white scene, coloured with the June’s yellow, memories and thoughts alternate; projects and wishes of a child woman, while clouds walk with the struggling pain of lost and forgotten things. Sakura Blues is a woman who calls herself by the name of missing, that closes everything in a box, barely hidden into the very bottom of the heart.
The letter, written in the rainy afternoon of June ’76, escapes from a closet directly to the hands of Sakura who, after thirty years, discovers the reason beyond the melancholy that always accompanied her, recalls colours and smells of what has been and, while closing her eyes, realizes nothing is lost… nor forgotten.